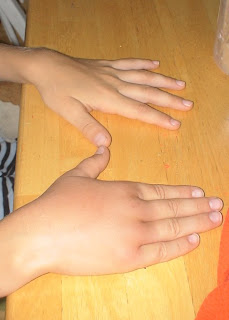 My 16 year old works at a golf course and came home with his hand looking just like this. Thanks for the photos and suggestions!

Thanks for the info, I am a little relieved now!